As a Texas vue consultant we’re often asked about the pros & cons of Vue.js versus other user experience UX design alternatives. Vue.js is an MIT open-source JavaScript framework used for building interfaces. It can also be used for desktop and mobile application development as well. The framework was developed by Evan You. “The core library is focused on the view layer only” (The Good and the Bad of Vue.js Framework Programming, 2020). Vue is primarily used in developing user interfaces (UI) and single page applications. It is considered “best suitable for ‘single-page apps, async components, server-side rendering, and much more” (Pros and Cons of the Vue.js Framework, 2020).

Vue has certain advantages to it as a newer framework. The framework is considered to have good performance (faster load times) for their applications.

Other pros to Vue include: Disadvantages with Vue – Just as there are pros to Vue, there are naturally cons to it as a front-end framework.

These are some of the disadvantages with Vue: 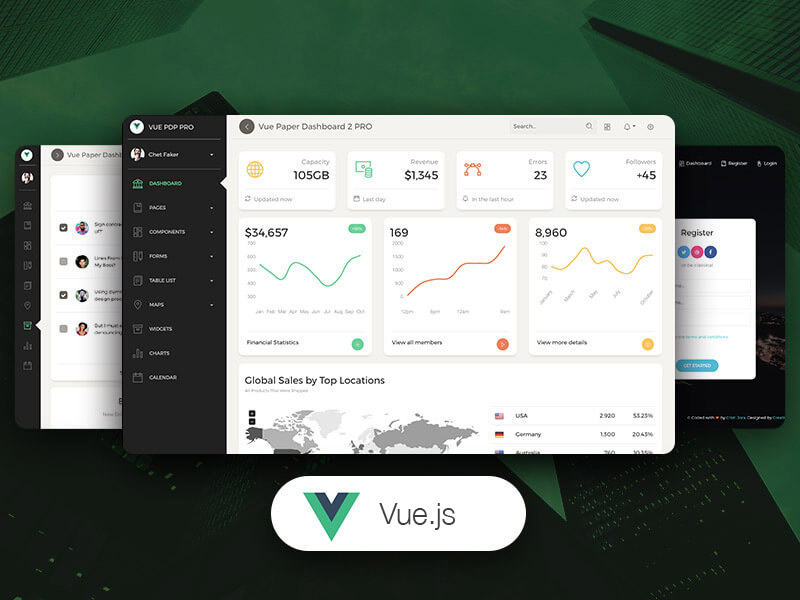 Overall, Vue is mainly used for working on user interfaces through HTML, CSS, and JS. It can be integrated into existing applications to add interactivity. Many of the issues appear to corelate with Vue being a newer framework than React or Angular, and thus, having less components or plugins and a smaller community than the other two. The lack of support for large-scale projects is also a drawback, though some bigger companies have started using it for smaller projects.

AltexSoft. 2020. The Good And The Bad Of Vue.Js Framework Programming. [online] Available at: AltexSoft [Accessed 2 April 2020].

Already have a project in mind?
Let us know how we can help!