About databricks stock IPO – when will Databricks go public? Will tech investors have the opportunity to purchase Databricks on the NASDAQ stock market any time in the near future? After several rounds of very successful private funding, people are beginning to question how and when Databricks will launch an initial public offering, or if this is even a priority for the company. Many people have turned a hopeful eye toward other successful tech IPOs – for example, Gitlab used extensively in custom programming for C# software development, had an initial worth of $15 billion – and have speculated that Databricks will go public in a matter of time.

Those hopeful for a piece of the Databricks pie have latched onto three possibilities for an upcoming IPO. The most popular belief is that Databricks will simply begin the traditional IPO process, which is the route most private companies take to becoming publicly traded. This process requires entities to select an underwriter, disclose financial information, price pre-market shares, and finally, execute the public sale.

The next two options seem less likely. The first possibility is that Databricks will go for a direct listing – which involves a company forgoing the IPO process and instead selling shares directly to the public. Direct listings can be an attractive option because they reduce costs, increase pricing freedom, and have fewer restrictions for insider share sales.

The third option would be for Databricks to create a SPAC – a special purpose acquisitions company. SPACs are shell companies that exist for the sole purpose of purchasing another company, whose shares then become publicly traded. Some strongly believe that this will be the course of action taken by Databricks, as their CEO has been quoted voicing support for SPACs, claiming that they can be helpful for “companies that maybe have difficulty IPOing on their own.” It may be prudent to note, however, that the CEO has given no indication as to whether or not Databricks would be one of the aforementioned companies.

Detractors, however, have cited Databricks’ Series H round of funding – which brought in $1.6 billion. With this level of funding, some investors believe that Databricks may choose to stay private. The CEO of Databricks, Ali Ghodsi, said that the recent massive investment “does not push out the IPO.” Unfortunately, Ghodsi declined to give any further details about when or how an IPO might take place.

As of January 2022, Databricks has not filed for SEC registration and has given investors no clues as to when registration might be filed, or how. The general feeling among investors seems to be that an IPO will happen “soon,” but the question remains, if Databricks does indeed go public, should investors get involved? The answer is unclear, even after due diligence. Many aspects of Databrick’s business are self-reported (i.e. impossible to verify), and tech is infamously chaotic when it comes to judging whether or not a valuation will prove accurate post-IPO. However, Databricks has both funding and partnerships with some of tech’s biggest players – Microsoft and Google, for starters. This seems to be the deciding factor for many tech investors, who wait in anticipation for any news regarding a Databricks IPO date. 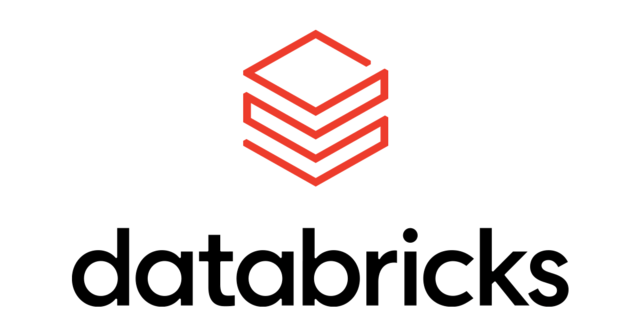 Between 2013 and 2021, Databricks raised nearly two billion dollars and achieved a valuation of $38 billion – much higher than their closest competitor SAS Institute, a Cary, North Carolina software company specializing in data analytics, data management, and AI or artificial intelligence platform that’s valued between $15 to $20 billion. The databricks startup launched in 2013; the company secured an investment of $13.9 million dollars from Andreessen Horowitz, a venture capital company focused primarily on enterprise software. Microsoft Azure Databricks was another notable investor, joining the Databricks Series E with an unspecified amount of money in 2019. They secured an additional billion dollars in February 2021 from Franklin Templeton, a multinational holding company. EquityZen, a marketplace for pre-IPO tech companies, has an excellent list of venture capital (VC) firms involved in the San Franciso, California data science company, which include Data Collective, New Enterprise Associates, and BlackRock. Other notable investors include Amazon Web Services, Salesforce Ventures, and CapitalG, a private equity firm under Alphabet, Inc. the parent company of Google.

Databricks, the software developers of the databricks data warehouse solution markets their platform as a Data Lakehouse. The database company describes themselves as being “the world’s first and only lakehouse platform in the cloud that combines the best of data warehouses and data lakes to offer an open and unified platform for data and AI.”

Since their founding in 2013, Databricks has made several growth moves: In February of 2021, they established a partnership with Google Cloud, and began providing integration services for Google Kubernetes Engine and Google’s BigQuery platform. Subsequently, Fortune added Databricks to their Top 100 list of “Best Large Workplaces for Millennials” (Databricks was number 59). The company has also claimed that over 5,000 organizations use their products. On January 13, 2022, databricks launched data lakehouse for retail and consumer goods customers in partnership with Deloitte and Tredence, fueling further speculation on buying databricks stock.

Society as a whole has started to realize the importance of mental health care. Though the culture still has room for improvement in this regard, people generally understand that mental…

Running a business can be tricky, and you always want to make sure that you have the right custom software development to grow your company for the better. This is where business…

For large corporations and smaller businesses alike, if you are using SAP you’ll want it to be working at its best. For those who are not familiar with SAP, it…

Read More Ensure SAP is Performing at its Best